We were called to assist a female mountain biker who had sustained a serious leg injury near Bull Clough above Langsett. Due to the location and injury we immediately requested helicopter assistance. The casualty was successfully evacuated by the Yorkshire Air Ambulance.[Edit]

The team were called to assist YAS to recover an injured child who had fallen in woodland that was not accessible by the ambulance.[Edit]

The team were called to provide assistance to YAS in helping with the recovery of an injured mountain biker in Greno Woods. The casualty, with a suspected pelvic fracture was transferred to the waiting ambulance using a vacuum mattress and stretcher carry.[Edit]

The team were called, along with neighbouring teams to assist South Yorkshire Police in the search for a missing vulnerable person.[Edit]

Team called out to assist Glossop MRT in the search for missing walkers on Bleaklow. The walkers were eventually located safe and well by one of our newly qualified search dogs.[Edit]

Call out to assist YAS dealing with injured mountain biker in Geno Woods.[Edit]

The team were called to assist Edale MRT in a search for a missing  walker in the Derwent Valley area. Our team deployed to focus on searching around Margery Hill. The walker was eventually located safe and well by the Edale Team further up the valley.[Edit] 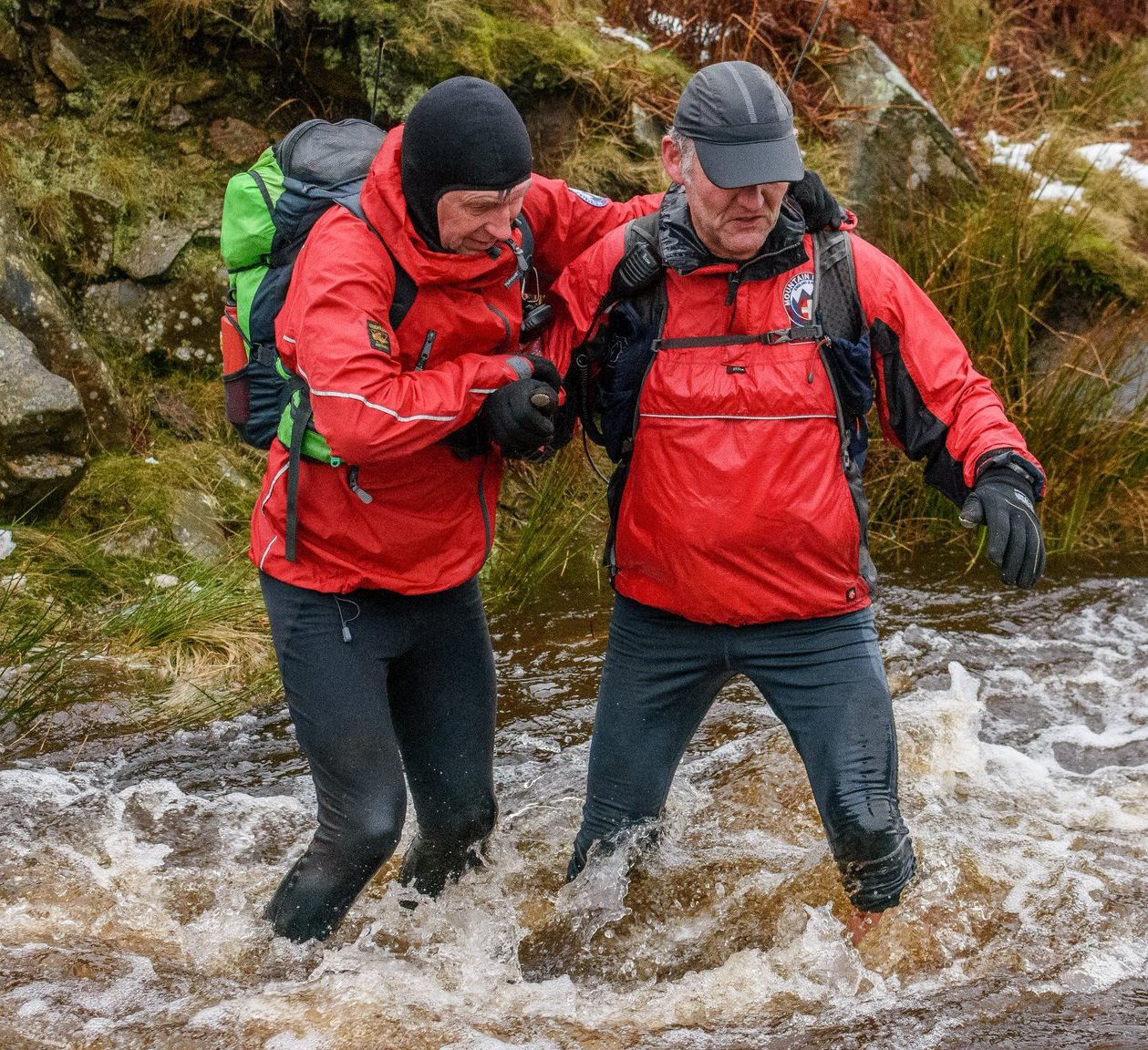 While running as the sweep party for the 2017 Trigger Fell Race, two team members came across a party of lost/disorientated walkers in the vicinity of Kinder Downfall. With less than an hour of daylight left, and taking into account the challenging weather conditions, the two team members decided to break off from the race and guided the party to the next race checkpoint where two more  team members from the checkpoint then took them to RV with a vehicle from Kinder MRT, which returned them safely to Hayfield.[Edit]