Over the May Bank Holiday weekend whilst out running in the Langsett area, a fellrunner discovered what he believed to be a Mortar Shell which he subsequently made team members aware of and gave a location of his find.
Two of our team members who have good knowledge in this area went to investigate and confirmed the fellrunners findings was correct and made contact with the Royal Logistic Corps Bomb Disposal team and South Yorkshire Police.
With it being a bank holiday and very busy in the area, team members along with the Royal Logistic Corps Bomb Disposal and South Yorkshire Police needed to make the area safe and decided on a controlled explosion in the evening once most of the walkers visiting the area would have returned home. RLC confirmed that the shell was in fact a live HI Explosive left over from the shooting range that took place during WWII.
The area was prepared for a controlled explosion of the shell resulting in quite a bang.
This kind of find is not uncommon in the area around Langsett Reservoir, if you do come across anything that does look suspicious, please don’t touch the device but mark the area if you can, phone the Police and give an accurate location of your find. 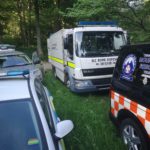 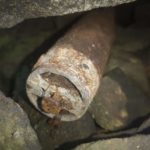 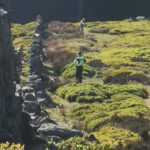